Five Bhobh – Painting At the End of an Era – an exhibition of contemporary painting from Zimbabwe at Zeitz MOCAA – Museum of Contemporary Art Africa, Cape Town.

The following works are included in this exhibition that runs from September 2018 – June 2019:

A game that takes one step forwards and two backwards! The artist uses the metaphor of the children’s board game to explore the political uncertainty in Zimbabwe, the temporary highs with electoral promises and inevitable lows that follow. However, the symbol of the snake can be viewed through an alternate lens, one where snakes through shedding their skins, are symbols of rebirth, transformation and healing. The artist plays with this duality, capturing the wide spread angst of a country who have waited for decades for change and are determining whether this transformation is one of rebirth or one where the country slides down to the bottom of the board. 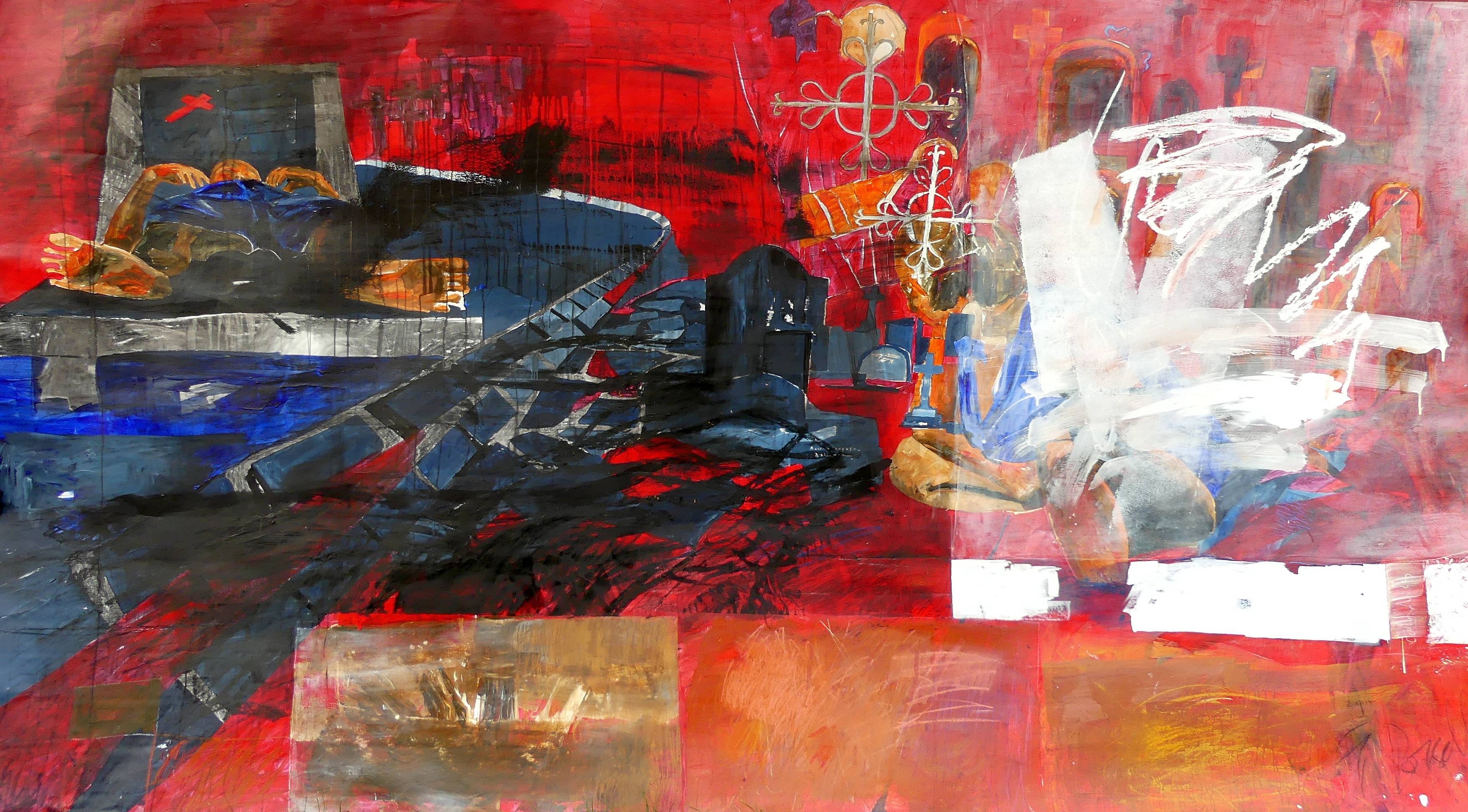 The artist created these works upon visiting the Pioneer Cemetery in the centre of Harare. She explores the historic concept of race in Zimbabwe, where even in death, the races must not mix. The Cemetery is divided into sections based on ethnicity: white; black; ‘coloured’; Hindu; Muslim. The white section is for people of Jewish, Catholic, Irish or Scottish heritage. There is a section for World War I and World War II again with segregation of ‘races’ – the British government pays for the maintenance of these graves which are very well kept in comparison to other parts of the cemetery. Where all the Shona and Ndebele bodies were buried, there are no names, just a large grassy field on which one could almost play soccer. There is a place for Hindus – their ashes are buried beneath plaques laid out in organized ovals. There is a place for Muslims, who are all buried with very plain tombstones with just their names -all facing Mecca. Squatters live in the cemetery taking shelter at the site where Hindus get cremated – they have managed to find running water and a roof over their heads.

This work reflects on a cruel reality of day-to-day life in Zimbabwe. The pieces tell the story of violence, where innocent people frequently face attacks on their lives. The abuses of human rights in Zimbabwe are diverse and range from politically and socio-economically motivated assaults to domestic and gender based forms of injustice. 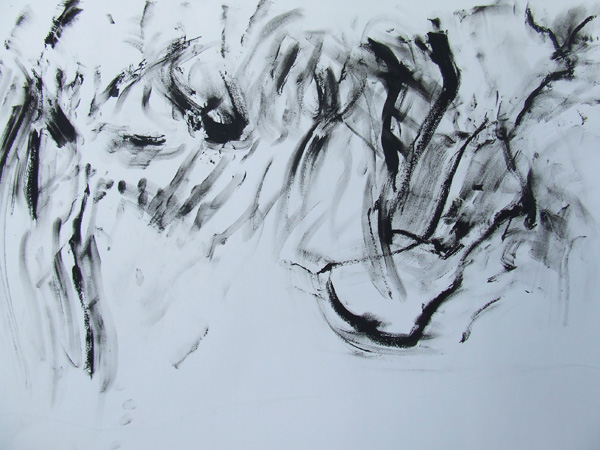 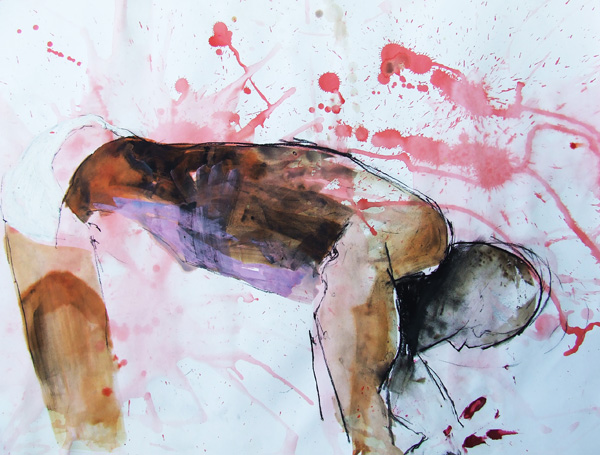 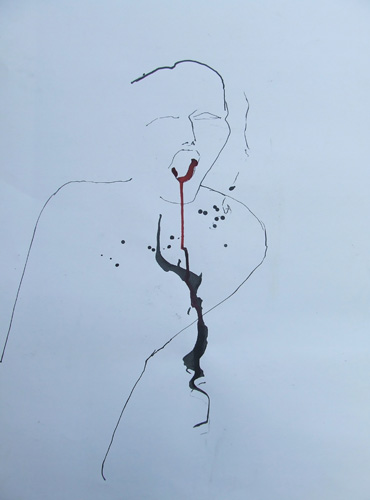 The artist is a survivor of an attempted murder. She transformed her flashbacks of the violent attack on her life into a visual diary of drawings. The work has been a catharsis, helping the artist to deal with this experience from the viewpoint of a survivor and to conquer the victim mentality.